Reflections on Lucid Dreaming and Out-of-Body-Experiences

Excerpts from a series of letters written primarily to Charles Tart with a few to Stephen LaBerge by “Father X” from 1982 to 1988. In them, he describes his lucid dreams and OBEs which commenced in 1974 and have occurred in some periods as frequently as 3 to 4 times per week. These experiences were not deliberately sought but occurred spontaneously. Initially, Father X assumed he had a neurological problem that was causing these and underwent extensive testing. When he discovered that he was not alone in these experiences, he began his fascinating correspondence to Tart and L.aBerge always sending copies to Jayne Gackenbach. In these letters, he details his experiences, struggles with their possible meaning or significance, and speculates about their origin. With Father X’s permission, excerpts are organized around several themes which emerge from his letters. 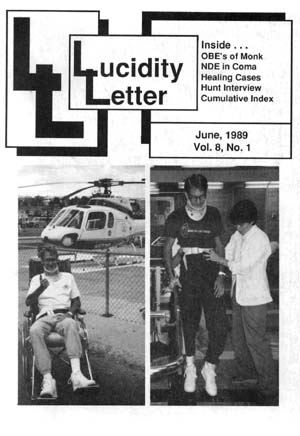 Copyright is held by the Lucidity Association.